This post is part of a new series by the Kenyon Observer which aims to cover the intellectual life on Kenyon’s campus. In the near future we will feature audio and video of lectures and events alongside commentary from our departmental correspondents.

Wittgenstein and the Dualism of the Inner and the Outer

Professor Hao Tang of Wuhan University came to Kenyon this week to present a lecture on the philosophy of Ludwig Wittgenstein titled “Wittgenstein and the Dualism of the Inner and the Outer”.  One of the most influential thinkers of the twentieth century, Wittgenstein is primarily known for his philosophy of language, on which his views on logic, culture and psychology are based – Tang’s lecture, as the title suggests, addressed an important concern in psychology and the mind that Wittgenstein raises.

Wittgenstein’s philosophy is grounded in the premise that all thought is based on language; what can be said is the same as what can be thought, thus in order to understand one’s thoughts one must acquire an understanding of the nature of language. Language equips one with a mind. From this assumption, a distinction between what is considered “my thoughts” and “your thoughts” naturally follows; there are thoughts that seem to be private, and as Tang explains, we all make this distinction in everyday life. But this distinction undergoes a deformation – as seen in the history of philosophy, it has transformed into a problematic dualism. 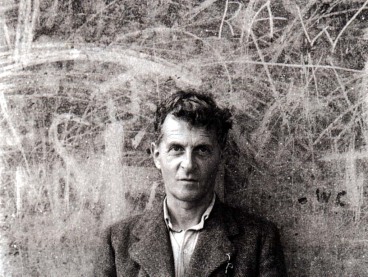 This “dualism” is between the “inner” and “outer” views of the mind. Proponents of the inner – Descartes being a classical representative – assume a “private language”, so-called in Wittgenstein’s framework. Inner thoughts remain intelligible even if outer ones are not, and this leads to a kind of solipsism where we can never have access to other people’s thoughts. However, rejecting private language appears to result only in philosophical behaviorism, which considers only our outer behavior and dismisses inner thoughts as convenient fictions. The result is a dualistic view of the mind as being either inner or outer, two domains which are only independently intelligible.

Tang explained, in line with Wittgenstein, that these views do injustice to common sense; for example, when we see someone else in pain, we know they’re in pain – a claim which this dualism denies. Drawing from Wittgenstein’s Philosophical Investigations, Tang set out in his lecture to resolve this dualism by rejecting the intellectualist assumption of language (see Wittgenstein’s theory of language-games). Primitive expressions like “ouch!”, “yuck!” and “wow!”, examples of what Tang termed the “expressives function of language”, give us the key to resolving the dualism between the inner and the outer because in each case there is an immediate unity between the two.

This argument, Tang acknowledged, runs into difficulties within Wittgenstein’s framework of language; he thus explained that we must begin with an objection to Wittgenstein. While Wittgenstein seems to suggest that sensory consciousness is shaped by our language, Tang pointed out that there are non-linguistic, primitive expressions of sensation. These expressions, he explained, show a unity between the inner and the outer, such as crying when one is in pain – crying and pain, in the sensory consciousness of a child, are a whole. Tang therefore suggested that all we need is a reminder of some kind of unity between the inner and outer in order to resolve this dualism; recalling non-linguistic unities work just as well as expressives unities. Rather than merely rejecting the intellectualism of language like Wittgenstein, therefore, Tang presented a rejection of intellectualism in sensory consciousness.

Tang proposed a resolution to dualism based on his interpretation of Wittgenstein’s descriptions on learning sensation-languages. To learn a language is to acquire an intellect, and this begins with sensation-language. This is achieved through what Tang calls “incision”; children learn linguistic expressions that expand their primitive non-linguistic expressions, such as saying “ouch!” instead of merely crying, and later, “it hurts!” In this view, there is a simultaneous growth of both the inner and outer originating in our primitive expressions, resolving the problematic dualism. Our original primitive expressions, Tang explained, are submerged in a sea of language which has become increasingly and predominantly intellectual – we only need to be reminded of them to get ourselves out of the chimera of problematic dualism. Tang concluded the lecture by referring us to Wittgenstein’s quote of Goethe: language is a refinement – “in the beginning was the deed”.

Although many questions yet remain, such as how the first incision of linguistic expression can occur, Tang’s lecture was nonetheless fascinating and very stimulating. Having only studied very little of Wittgenstein’s philosophy, I found it hard to understand all of what was being discussed in the lecture, but Tang’s approach and exciting topic certainly re-kindled my interest in Wittgenstein – and his hope that the philosophical diseases of our age may be cured once and for all.

View all posts by Gabriel Rom